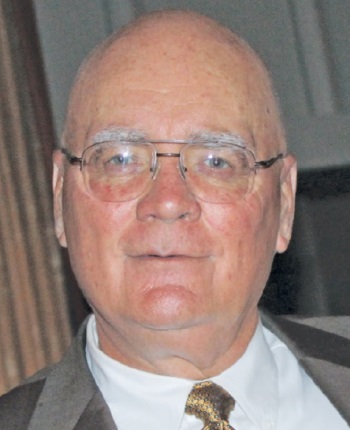 Using Technology and Social Media to Mediate and Settle Cases

by: Hon. William M. Kolin, Ret
For the ARC Newsletter

In her recent contribution to the ARC blog, Jill Switzer wrote: “What is happening is a revolution for lawyers and clients”. Although Ms. Switzer‘s comments were in connection with changes in the legal marketplace, I would add that a technology revolution is also happening. Nowhere is this “revolution” more apparent than in the rapid advances in technology and the potential impact on mediation of civil cases.

Consider the case of Scott v. Harris, a 2007 US Supreme Court decision that involved a ten mile, high-speed, nighttime chase by police of a reckless driver. The police used a “PIT” maneuver to stop the reckless driver, but the driver lost control of his car, went down an embankment, and crashed. That driver was rendered a quadriplegic as a result of the crash. He sued the police for damages claiming the officer used excessive force. Two lower courts agreed with the injured driver. The Supreme Court reviewed the police dash camcorder of the incident and reversed the decision against the officer. The court stated:

“Far from being the cautious and controlled driver the lower court depicts, what we see on the video more closely resembles a Hollywood-style car chase off the most frightening sort, placing police officers and innocent bystanders alike at great risk of injury”. (Emphasis added).

The video made all the difference in the case. To further make their point, the Court even attached the actual video to their decision.

A recent incident in Stockton, California is another example of how the Internet and social media might impact a case. Last week, a lengthy pursuit of three robbery suspects culminated in a shootout between the Stockton police and the suspects, resulting in the death of two suspects, and one innocent hostage. The investigation into this incident will no doubt be lengthy. Criminal charges have been filed and civil lawsuits may potentially follow. However, in following the events in the news, it was astonishing to see the sheer number of cellphone videos posted on YouTube by private citizens who observed parts of the police pursuit. The actual police radio tape of the incident has also been posted. Putting aside the criminal case, what effect will these social media videos have on any civil lawsuits? On settlement or mediation? On administrative hearings involving police personnel? It seems probable that many of these private videos, photographs, dash cams, and police radio tapes will play a major role in resolving civil disputes arising from this incident.

Another example involves a seminar I attended last month on police liability cases. Much of the emphasis by attorneys was on the use of technology and social media in litigation. Digital audio recorders, dash cams, body worn cameras on police uniforms, city cameras, private security cameras, cellphone cameras and recorders, and digital camcorders all have changed how police officers perform their duties. The incidents involving Rodney King, Oscar Grant, and Kelly Thomas all have impacted on the way the public looks at those events and at law enforcement in general. The trend in this area involves experts who can use new technology to take apart videotapes, frame by frame, enhance the tapes and give different perspectives to the events.

One video demonstration of the Oscar Grant shooting synchronized all the BART station videotapes, all the private videos and audio, in split screen, demonstrating how perspectives changed depending on the video being shot.

Obviously, using this type of technology is costly but as civil cases back up in our judicial system, mediators will probably be seeing more of these types of technology presentations by parties in efforts to settle cases.