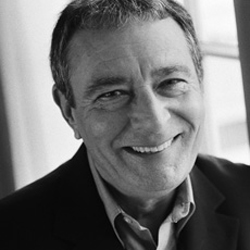 Life Of The Parties

A bedrock principle in the art of mediation is party self-determination. This means that the process is all about the parties. It is not about the mediator or the lawyers where counsel are involved. This would appear to be a principle without question. In the ever-increasing popularity of professional mediation provider services, however, it has become problematic.

The primary difference between mediation and the adversarial process (litigation or arbitration) is that the mediator assists the parties in their effort to come to their agreement that will resolve their dispute, whereas the judge/jury or arbitrator will decide how the dispute will be resolved and how the parties must perform in accordance with that decision.

In order to control their own destiny regarding their dispute and its outcome, the parties to a mediation exercise the fundamental right provided by the process and intended to be enforced by the mediator: self-determination to initiate the process, continue or terminate it, and come to an agreement that they will perform. The parties rather than others will design their own outcome and its enforceability. The mediator's traditional theoretical role is to refrain from directing the parties or evaluating the potential for each, and concentrates on facilitating this outcome.

So how does the mediator effectively see to it that the right of party self-determination is exercised to the maximum while refraining from determining the outcome? Non-lawyer mediators have an easier task in this regard than lawyer-mediators because they operate without the historical underpinnings of the legal profession that are based on the need to direct an outcome. With the proliferation of lawyer-mediators, the question becomes more difficult to answer. The concern is that mediator allegiance is diverted from the parties to those who control court-connected mediation programs or subscribe for neutral services; namely, the lawyers who must somehow agree on the selection of those who will assist the disputants to come to a resolution. Someone else other than the parties must be satisfied if the lawyer-mediator is to be invited back for future assignments.

The traditional theoretical definition of mediation contemplates a private process that is voluntary where a party-selected, impartial third individual helps those in dispute formulate their issues, create possible solutions and develop mutually agreeable ways to come to a shared resolution. This presupposes a world where lawyers relate to mediators solely as experts rendering client assistance advice either in person or from a distance because the client-parties are in direct contact with the mediator.

So when we look closely at what has been occurring in the mediation worlds of today, we see that mediators (mostly those who also are lawyers or retired judges) are not really practicing the traditional theoretical method.

Instead, the parties' lawyers are giving directions to the mediator, participating in sessions where their clients defer to them or in some cases the clients are not even present, working from separate rooms or engaging in numerous separate meetings (caucuses), and expecting the mediator to control the parties or at least evaluate the chances for success concerning their respective cases. This latter scenario involves expectations concerning legal issues, weakness and strength of cases, and settlement ranges.

Traditional party self-determination requires that the mediator not coerce any party into making an agreement or make a substantive decision that is within the province of a party. In addition, the mediator needs to make sure that the parties consider the interests of third parties not present who might otherwise be affected by what the parties agree, even if it means that outside professional experts are to be retained. The mediator's challenge is to provide a cooperative environment that will permit the parties to achieve their own un-coerced solution to their problem. The distinction between the coercive model and the cooperative one is generally described as the comparison between the "law-centered" and the "client centered" approach. Contrary to what many lawyer-mediators may tell us, the former is not "mediation" because it does not emphasize party self-determination.

Notwithstanding the foregoing, law-centered mediators will continue to argue with conviction that what they do is mediation. Perhaps what has occurred is the gradual development of a new form "lediation" by law-centered practice that has modified the traditional definition of mediation through extending the traditional settlement conference. If so, this will change how we look at the historical concept of the process. In such event, it would seem that a new set of principles and ethical standards must be designed to appropriately define and provide for the ethical application of such a variable approach, as well as how it is practiced.

If this is the wave of the future, it will necessarily require a closer look at whether this new version is also part of the mainstream dispute-resolution process that does not require "lawyering," or is it actually an innovative area of the practice of law as a lawyer-mediator or mediation advocate. In the latter instance, mediators will also need to be lawyers because this form of "mediation" will be the practice of law.

It may well be that in order for parties in future disputes to exercise party self-determination, there will be a requirement at the outset that the disputants determine whether they want to retain a non-lawyer or a lawyer mediator. Ethically, this will require that the mediator fully explain to the parties the ramifications of the law-centered versus the client-centered approach.

This does not mean that future mediators must be lawyers. What it does require is that the parties need to decide initially through exercise of their self-determination whether they want the law-centered or client-centered approach. This will presuppose sufficient education by and information from the mediator so that the parties may fully self-determine the approach that will work best for them. Depending on their exercise of such self-determination, the parties will be able to decide which type of mediator they desire.

In the future, lawyers may want to think carefully before becoming mediators under the law-centered approach since they will face issues such as increased malpractice exposure not experienced by non-lawyer mediators.