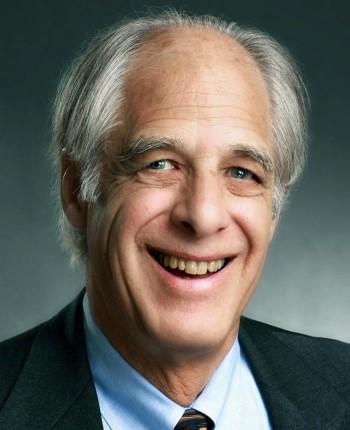 
A few years ago I read The Undoing Project, by Michael Lewis, author of best-sellers such as Moneyball and The Big Short (which I haven’t read). Published in 2017, The Undoing Project follows the work of two psychologists who devoted extensive research to the analysis of how people make judgements, and how they reach decisions. This yielded a number of observations which over the years have gained expression in various contexts, certainly including the world of dispute resolution. What follows has been considered before in one context or another, and is worth revisiting.
Among many ideas discussed in the book is the concept that what matters is changes, not absolute levels. Thus: Yesterday Jack had one million dollars and Jill had nine million dollars. Today, each has five million dollars. Jack is happy (Jill is not), and Jack would be happy even if today he had four million dollars. In other words, people make choices, especially between gambles for relatively small amounts of money, in terms of gains and losses, not in terms of absolute levels.
Consider another example, this time in a mediation context: a plaintiff is likely to accept a $5,000.00 offer, rather than go to trial with a 50% chance of either a $10,000.00 verdict, or a defense verdict. But the same situation may be perceived differently by the defendant, who, presented with a $5,000.00 demand, is more likely to risk a 50% chance of either a defense verdict, or a $10,000.00 verdict for the plaintiff, rather than simply paying $5,000.00 to settle. In short, people appear to approach risk differently, depending on whether it involves gain or loss.
This involves what is called framing. People don’t choose between things as such, but rather between descriptions of things. How a proposal is described, or framed, impacts the choice that is made. The plaintiff in the above example is likely to be risk averse. A sure gain of a reasonable amount is preferable to the risk of a 50% chance of winning twice as much – or nothing. By contrast, the defendant becomes a risk seeker, accepting the 50% risk of either suffering a $10,000.00 verdict, or obtaining a defense verdict, rather than simply paying out $5,000.00. Here perception becomes reality – if a gain is perceived as a loss, an individual may revise his or her attitude toward risk, such that he or she may turn from risk avoidance to risk seeking. (Of course if the plaintiff in this example reduces the $5,000.00 demand to any significant degree, the possibility of settlement in that reduced amount may cause the defendant to elect not to become a risk seeker.)
The foregoing is illuminating in and of itself, and in addition illustrates one of several elements of the importance of carefully preparing the client for mediation (something unfortunately often neglected). Reviewing briefly with the client concepts such as those illustrated above, both before and during the mediation, will help the client understand why a seemingly reasonable offer or demand is rejected by the other side. If nothing else, this should prevent the client from becoming frustrated and/or exasperated in such circumstances, which in turn should prevent the process toward resolution from being impeded or delayed. Furthermore, with this understanding, an offer or demand – or response thereto - can be “fine-tuned” to take into consideration the manner in which it may be perceived by the other side.


Questions (and suggestions) are always welcome. Feel free to contact me directly at (310) 442-0052 or peterjmarx@earthlink.net, and of course if you wish to schedule a mediation, contact me or simply contact my Case Manager at ARC, Ms. Nicole Bethurum, (310) 284-8224, nicole@arc4adr.com